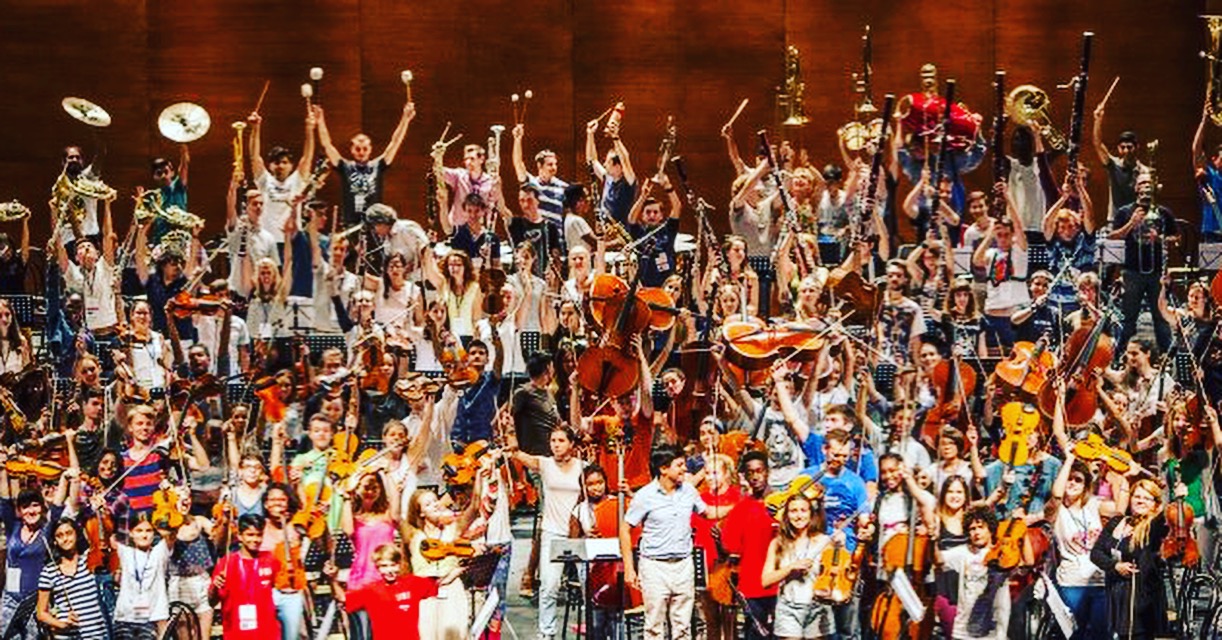 The Sistema Europe Youth Orchestra (SEYO), with 200 young musicians, aged 10 to 20 years old, and 30 teachers from Sistema and Sistema-inspired ‘social action through music’ programmes in 27 countries, will come to Athens in 2017 for its annual summer residency, celebrating the power of music to unite nations, cultures and young people during challenging times for Europe.

The SEYO 2017 Summer Camp, hosted by El Sistema Greece, will be held in Athens from 20 July to 1 August. The residency is organised by Sistema Europe, the network of European programmes inspired by the Venezuelan ‘El Sistema’, founded 42 years ago in Venezuela by José Antonio Abreu.

SEYO has been hosted previously by Austria (2013), Turkey (2014) and Italy (2015). Under the guidance of exceptional teachers and music directors, young musicians from European countries and guest programs live and practise together in intensive rehearsals, culminating in concerts as well as informal performances in key European venues. The 2017 event will also include an intense teacher training element, to ensure that knowledge, experience and skills are shared onwards.

In 2017, the SEYO residency will end with a concert in the breath-taking outdoor amphitheatre Odeon of Herodes Atticus, as the closing event of the Hellenic Festival of Athens. Other performances are planned at the Skaramagas refugee camp, near Athens, and the Stavros Niarchos Foundation Cultural Center, on the edge of Faliro Bay.

SEYO musicians will perform and work along with some of the children from the Skaramagas camp, near the port of Piraeus, which is home to more than 3,000 refugees.

‘The Sistema Europe Youth Orchestra annual summer residency is a unique opportunity for Europe’s young people to celebrate international friendship and solidarity through music. This summer, through the generous hosting of El Sistema Greece, we are delighted to bring the SEYO to Athens, cradle of European culture and also today a vital centre of endeavour to help young refugees from outside of Europe. The events of SEYO 2017 promise to have very special scope and significance.’

‘We are thrilled to hold the camp in Athens. By doing so, we are highlighting the life-changing work that El Sistema Greece is carrying out with young refugees from Syria, Afghanistan, Palestine, Pakistan and Iraq and making hundreds of children and youth aware of issues which should be responsibly shared from an early age.’

‘Greece is honoured to host SEYO, which represents the highest level of Sistema work in Europe. We are confident that this international group of young musicians will inspire and encourage the children of El Sistema Greece, ensuring a significant impact on their musical development.’